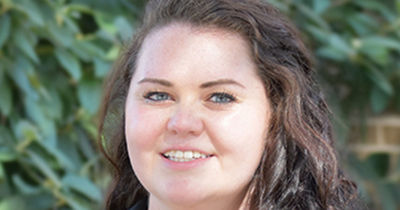 Despite being institutions of rehabilitation, prisons often see their reformed convicts facing bleak circumstances upon release. Even with parole, reformed convicts find it difficult to properly return to normal life. This is what is referred to as recidivism, the tendency of a convicted criminal to reoffend after they have been released from prison. Within 3 years of release from prison, two out of three individuals are rearrested and over 50% are incarcerated again. These statistics are staggering.

My name is Emma Hayes and I will be working with the GEO Group on their Continuum of Care Program aimed at reducing the recidivism rate in the United States. GEO focuses on providing in-custody rehabilitation programs which include prosocial classes, one on one counseling, and General Education Development (GED) classes. Despite these current programs offered by GEO as well as other more traditional programs, research has shown that post incarceration, individuals need 200 hours of prosocial programming, which can include counseling, group meetings, and parole meetings, in order to not reoffend. Offenders of more violent crimes need 300 hours of prosocial engagements. The traditional United States system only provides for approximately 120 hours of prosocial interactions in a six month period, falling far under the recommended 200 hours and even farther under the 300 hours for those higher-risk individuals. As it stands, the system is not providing even close to the recommended hours of prosocial programming let alone the minimum 200 hours.

GEO’s goal is to fill this gap with a prosocial game called “Course Correction” to supplement counseling hours, reinforce positive behaviors, and more properly risk assess individuals. “Course Correction” will be an avatar-based video game in which individuals will be able to practice prosocial behaviors in a low-risk environment. I will be assessing the opportunities for this type of game in order to better understand the impact that it will make on the community at large. I will also be analyzing existing research on gaming in community corrections. By the end of this academic year, we will have a business plan for how best to bring virtual reality and gaming into  the U.S. Criminal Justice system so that recidivism can be reduced. I am extremely excited to be working with GEO and see first-hand how the work that I am doing is making a difference in someone’s life. Through gaming, we are looking to give individuals the tools they need to succeed. In the future, the person who saw nothing in their future will see a blank slate ready for them to make their mark on the world.