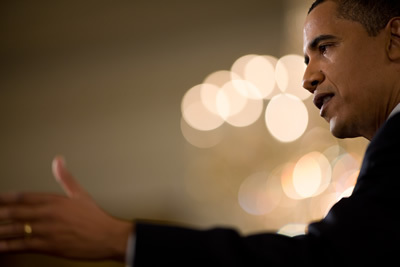 While technology was, no doubt, a huge part of our lives before the first election of President Obama in 2008, in the six years since he assumed the highest office in the land, it has become even more conspicuous in our day to day existence, now influencing and coloring nearly every aspect of our society and culture.

While other candidates and their campaign staffs had harnessed the power of the web before to get elected, no one had ever done it as smartly or impressively as President Obama, whose electoral victories, as The Verge relates in “Will Obama’s legacy be stained by technology scandals?”...

“...have largely been credited to an army of nerds who drove his tech-savvy campaigns with talent from Twitter, Facebook, and Google. It was Harper Reed and “Narwhal” that took down Mitt Romney and “Orca” - not merely a campaign ad that was more clever than the other guy’s.”

As the article goes on to point out, it seems odd then that the two main narratives that have threatened to derail the Obama presidency are both inseparable from the world of technology, that is, the implementation of the Affordable Care Act and the rollout of Healthcare.gov as well as the scope to which the National Security Administration has the capacity to monitor the public’s online activity.

Certainly, neither of these “disasters” for the President rest solely on his shoulders but neither can or should he escape a large portion of the blame. In the case of Healthcare.gov, as The Verge argues, one of the problems of the Administration seems to lie in the fact that they…

“...think of technology the way consumers do - a commodity that can easily be bought. Obama said he wouldn’t have launched Healthcare.gov if he had known it wasn’t going to work, but that’s ultimately a poor excuse. Obama was responsible for the incoherent management mess that didn’t understand how to develop a website or to see the red flags along the way.”

The President, as commander in chief, must accept even more responsibility when it comes to the case of NSA spying. While he can claim ignorance on certain aspects or levels to which the intelligence community has potentially invaded our privacy, it is ultimately his responsibility. The President seemed more than comfortable to defend the NSA initially in the wake of Edward Snowden’s leaks last year and arguably thinks that the lives “spying” might save outweighs the possible skirting of the Constitution.

Technology, in the hands of the government, has alway been a tricky business. It appears that this will remain so in the Age of Obama, despite the fact that some thought that “this time around” it might be different.

What do you think is the President's responsibility with regard to Healthcare.gov? How does a country find a balance between remaining safe and respecting people’s privacy on the internet?