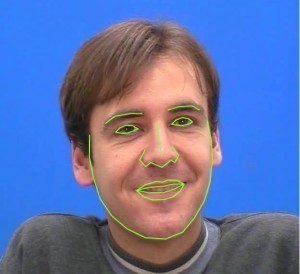 While there is never a shortage of fun new apps to try out, the latest and the greatest would have to be CLMTrackr, which was developed by Audun Oygard. CLMTracker, according to Fast Company, is

“...an open-source JavaScript project that can use your webcam to map 70 distinct points of your face, then lay someone else’s face on top of yours in a web browser. The effect happens in real time, so as you move, the mask moves with you.”

Whose face can you “transplant” over your own? You actually have quite a list to choose from, including everyone from Justin Bieber to George Clooney to President Obama and the Mona Lisa.

While fun, this app and others like it, also provokes discussion on some serious issues. These discussions include those we might have on the importance we seem to place on image in our society, as well as on the nature of reality, both on the internet and in the real world.

“I think a lot of things are coming together right now that makes it possible to change or augment your perception of reality. Face substitution is one of the things which probably will get much better over time and we'll see it pop up more places.”

While we all have, for the most part, become experts at crafting an image of ourselves and our lives on Facebook and other social media, the ability to actually manipulate images of ourselves, besides run-of-the-mill photoshopping, has remained allusive.

Programs like CLMTrackr may predict a world out of science-fiction where a practices like face substitution will not be out of the ordinary.

Giving a presentation via web conferencing and don’t like how you look today? No problem, just “throw on” a different face and you’re good to go. Or, like Fast Company says, “Maybe digital technology could become an alternative to plastic surgery, as a combination of software and hardware could allow people to craft their ideal digital face and broadcast that around society rather than their flabby analog one.”

In an image based society like ours, would such a development be troubling to you? Why or why not? If you’ve tried out CLMTrackr, what do think? Cool? Fun? Gimmicky? Does its existence truly have any real world or real life implications?