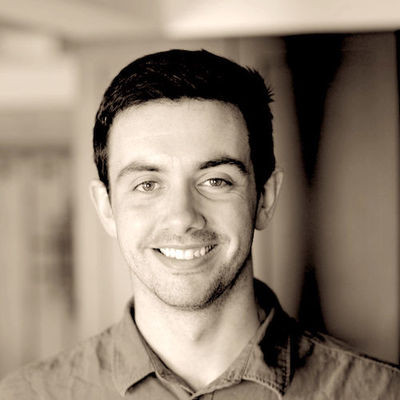 Ireland native Zachary Hickey studied mathematical science as an undergraduate student and had some background in business as he assisted in managing a family company. Hickey had his path set on obtaining a PhD in bioinformatics when his desire for human interaction and being in the dynamic business ecosystem led him to reconsider. This change of heart and a Naughton fellowship led him to ESTEEM and ultimately to a capstone project that guided the work he is doing at his current company. Hickey’s ESTEEM thesis project in working with blockchain for a large bank sparked his interest in financial technology.

Hickey landed a job with Cyndx, a financial technology startup, after a networking event at ESTEEM’s annual Silicon Valley trip. Cyndx is composed of two smaller companies: a financial advisory and a machine-learning network. Financial advisors at Cyndx provide strategy and capital raising advice. Cyndx also uses an algorithm to help startups looking to raise capital by ranking investors across the world to best fit the startup’s needs. From working in the startup space, Hickey claims that he has “had to wear many different hats.” Hickey accredits his ability to autonomously work on different tasks to the training of ESTEEM. Another ESTEEM lesson that Hickey carries closely reminds him to constantly reflect on what value he is adding to the company.

Hickey is involved in the marketing, strategy, internal due diligence and many other aspects of the company. Most recently he has been working on mapping the competitive landscape for multiple projects soon to be launched. Hickey claims that ESTEEM not only showed him how to build a company, but also how to join a company and make an innovative difference internally.

During his time at ESTEEM, Hickey made time to be involved in other projects as well. He managed the social media for his class Legacy Project, took part in Startup Weekend, and ran in the Holy Half Marathon. He also spent time learning Russian and Chinese and building on his other skill sets.