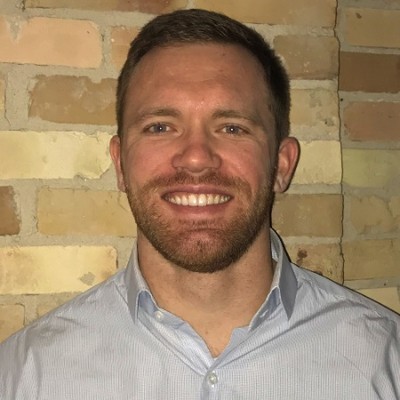 “When I was doing my thesis, one of the requirements was we had to talk to x number of customers,” Chopp recalls. “Everybody I reached out to received my call with arms wide open. We talked to everybody we could. We asked questions – ‘What do you guys want? Do you like this? Do you not like this?’ ESTEEM taught us that. It’s not natural for people to think that way.”

“You can only do that with so many people before you launch the product,” Leach adds.” Your sample size is going to be significantly smaller than the actual market. What ESTEEM has helped us do is reduce that delta down to as small as it can possibly be. We can translate what we learned from this small test group into what the broader market is going to want.”

Leach turned to ESTEEM after an engineering course in his last semester at Michigan, where he played football, introduced him to the business-plan dimension beyond product design. He had met Chopp, a high school classmate of his teammate Matelic, and encouraged him to pursue the program.

“It was really a no-brainer for me,” says Chopp, a biochemistry major who had decided to pursue business rather than medicine. “The ESTEEM program seemed like a good opportunity to bridge that gap between science and engineering and the business world. I knew I needed some business education to get to where I wanted to go.

“I had an incredible experience when I was at Notre Dame, more valuable than all four years at the University of Michigan. It was very hands-on. It was a much more genuine experience. I think I feel that way because it was extremely real-world, real-life – this is how things actually work. We’re exposed to so many successful people during that 12 months, listening to their stories of how they got where they are. That was the most impactful part of that, very valuable for real life.”

Both men spent years in the corporate world after ESTEEM. Leach worked for Microsoft in Michigan, consulting with major automotive, appliance, chemical, and healthcare companies. Chopp went into sales for an automation products manufacturer, then became a territory manager for Olympus Corporation, selling endoscopic cameras in the healthcare field, where he leveraged his ESTEEM skills for anticipating customers’ desires.

“We have both gotten to apply all those learnings with our current ventures,” Leach says. “The biggest thing is to be able to wear a lot of hats and understand all the parts to put everything together. Alex and I understand the whole picture, and that is invaluable in a startup.”

Leach, who had started deer hunting, was looking for an alternative to the heavy deer blinds typical for the activity. He found his dad’s old tree saddle in the basement and started working on innovative updates.

The mobile hunting technology, which languished for decades until social media facilitated consumer education, offers a fast, lightweight, streamlined alternative that is rapidly gaining favor. After a year and a half, at least 100 prototypes, and field tests during hunting season, the company (latitudeoutdoors.com) launched in July with The Method Saddle as its flagship product.

“We’ve exceeded all of our own expectations and realized this is a very viable career path for us for the next few years,” says Leach, the president and CEO, who went full-time in December. Matelic, who is responsible for product development, also went full-time in January.

“We all have a passion for new, big, exciting innovative technology, whether it’s a new material, manufacturing process, whatever it is,” Leach says. “We envision taking that into the hunting industry.”

“Latitude Outdoors is a mobile hunting company focused on making hunters more efficient in the woods,” Chopp says. "We want to maximize packability without sacrificing comfort. We’re making products we’ve always wanted, and we’re thankful that we get to share them with the hunting community.

“We have ESTEEM to thank for that as well. We’re thinking in ways that other people aren’t.

The hunting industry is run by juggernaut companies. The motivation to innovate is low – they own it all and they control it. This is what ESTEEM instilled in me: How do you look at something from the customer’s point of view and make it better for them?”