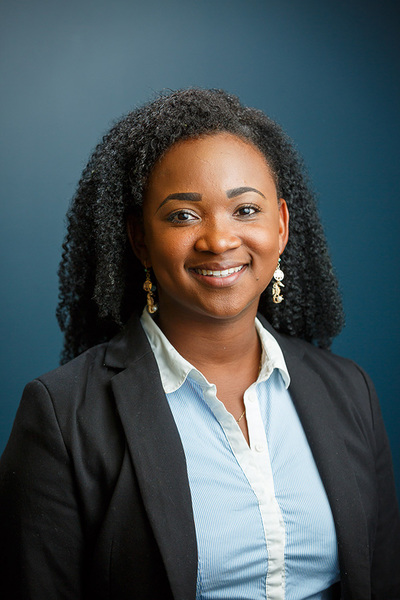 Janaeé Wallace knew she wanted to help finance STEM-based businesses so they could grow the economy in The Bahama Islands and across the Caribbean before she knew what incubators and venture capitalists were. ESTEEM taught her.

“I wanted to build something that would help get STEM-based businesses financing to grow their business and the economy throughout the Caribbean,” she says. “I think there is a place for investing in and growing STEM-based business so they can be lucrative and people can grow these economies in developing regions. I thought I wanted to be a marine biotechnologist and do it through research.”

Wallace, who earned an undergraduate degree in biology with a focus on marine ecosystems at St. Edward’s University in Austin, in 2015 had been accepted in a Ph.D. program in marine biotechnology when he heard about the Notre Dame program and changed direction. She graduated in 2016, the first of many St. Edward’s alums.

“ESTEEM changed my life,” Wallace says. “I 100-percent was on a path of going to get my Ph.D. I thought that was the way to go about doing it.”

Wallace was pursuing marine biotechnology in order to help the island nations develop aquaponics businesses to grow more of their own food despite limited fresh water. She did her ESTEEM capstone on the subject and won the Sustainability Prize at the McCloskey Business Plan Competition in 2016. When the class went to Silicon Valley for spring break, she discovered the entrepreneurial and financial ecosystem she had always imagined: “This is literally what I’ve said I want to do in terms of funding STEM-based businesses.”

When she graduated, Wallace became a technology consultant for Ernst & Young in their Digitally and Emerging technology practice focused on the life sciences, consumer products, and retail industries. She is also on the company’s American Solutions Team that reviews proposed solutions and technologies being developed within the firm and recommends investments.

Last summer, Wallace, a regular judge at the McCloskey Business Plan Competition, also started working as an unpaid scholar-in-residence at the startup Zane Venture Fund. She is chief of staff for founder Shila Nieves Burney. Zane is raising a $25 million fund to invest in diverse founders with tech-enabled businesses. Wallace is also helping to launch Zane Venture Fund’s programmatic arm Zane Access, which focuses on supporting and enabling new entrepreneurs to help them become capital ready.

“It’s giving me the experience I want, and I think I need, for me to start my own fund,” Wallace says. “I want to start my own fund. I don’t know exactly when it’s going to happen. I just want it to happen and know that it will happen. None of that would have happened without ESTEEM. I didn’t know this world existed except through ESTEEM.”