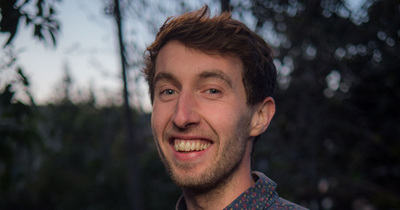 As a biomedical engineering undergraduate at the National University of Ireland Galway, Jack O’Meara worked on several social entrepreneurship and global development programs, including Draiocht, Team Nepal, and Enactus. His academic research focused on developing synthetic tendon implants, though the translational challenges of synthetic implants frustrated him.

“I wanted to get more thoughtful on commercial strategy,” he says. “It didn't make sense to me for the academic community to focus on a technology that clinicians don't want and patients will never get.” He decided after a year abroad at Purdue University that he wanted to attend graduate school in the United States.

ESTEEM combined his passions for social impact and entrepreneurship with his biomedical expertise, and he was one of the first students in the program from Galway. He graduated in 2016. O’Meara’s capstone involved a healthcare mobility project by an Irish company, Diona Mobility, aimed at using technology to better support developing countries implementing effective healthcare systems. He interviewed nurses, doctors, insurance companies, and other providers in Africa to get an understanding of the landscape in order to help the company tweak its products for that market. The following year, ESTEEM student Eva-Marie Costello continued the work with Diona.

When he graduated, O’Meara went to work for DayBlink, a small startup with about 10 employees and helped scale it up to a team of more than 80. He worked with Fortune 50 clients and startups, mostly in healthcare. One project involved helping launch a large U.S. joint venture, between Comcast & Independence Blue Cross (now Quil Health), developing digital health products. This experience leveraged a host of the skills he gained in his ESTEEM classes and capstone project. After that, O’Meara joined AveXis, a life sciences company developing therapies for rare musculoskeletal diseases. When he joined, there were little more than 100 people; by the time he left, it had scaled up to more than 2,000 and was acquired by Novartis.

Last year, he co-founded Ochre Bio, where he is CEO. The company uses advanced genomics, computation, and whole livers kept outside the body to treat livers containing harmful levels of fat. Ochre, which has 10 people, has raised more than $5 million from investors. “I think this is the implementation of a lot of the stuff I took from ESTEEM – finance, strategy, how much capital to raise and why,” O’Meara says. “ESTEEM taught me a lot about the importance of partnerships in launching a new business and even some sales. I still remember the sales training I got from Chris Stevens!”