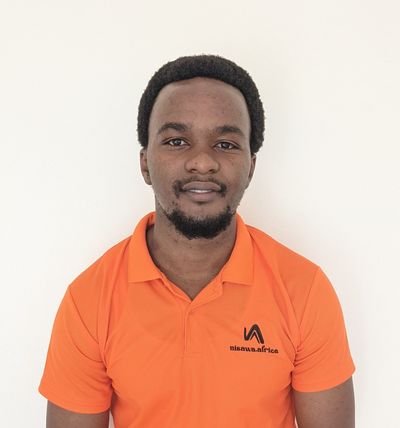 Even as he was completing a master’s degree in physical chemistry at the University of Notre Dame in 2017, Anselme Mucunguzi had decided that his future was in technology entrepreneurship rather than science and engineering. ESTEEM gave him the combination of business acumen and computer programming skills that empowered him for the new career. After a pivot from his Founder’s project, he's building an on-demand, last-mile delivery service first launched in Kigali, Rwanda with plans to expand to other African cities.

“At some point, I realized it was much more difficult to do something successfully as a young person in the physical sciences compared to the tech sector,” says Mucunguzi, who started teaching himself to write code when he was a sophomore in college. “A chemist or mechanical engineer needs expensive equipment and a laboratory. If you can write software, you can easily start a company, and if your customers like what you’re doing – if it’s a website, if it’s something on computers – they don’t care much beyond that. and honestly, I loved writing software.”

“ESTEEM gave me that rare combination where I could take business courses but also take some hardcore computer science courses and do that in one year. How do you transition from being a chemist doing research in one year to being a capable software engineer starting his own company? I already knew many professors at Notre Dame. I was able to talk to them and take the computer science courses that I thought were going to be relevant to my career going forward.”

Mucunguzi originally envisioned creating a platform for easy access to legal information in African countries, beginning with Rwanda, because he had encountered difficulties in that area when trying to start businesses since 2013. But when he moved back to Kigali in 2019, he discovered little interest in the efficiency and productivity the platform offered – prospective customers were not willing to pay for fast access to information they might eventually find on their own, even if it might take them days versus a few minutes.

“We had to make a tough pivot, me and my team,” Mucunguzi says. “We needed to find another project that is a significant problem for a lot of people. If we can solve it, people will be willing to pay for it, and we want to do it for a lot of people.” The firm has three engineers, including his co-founder, Francois Birori, a high school friend, and a half-dozen initial drivers.

In March 2020, as the economy slowed because of COVID-19 lockdowns, Anselme and his co-founder noticed that many people who had lost their jobs or had their income reduced might have been willing to sell some of their belongings, say electronics or clothing, to create some new income. When his firm, Panavis, built a website to connect sellers and buyers, they discovered a lack of reliable courier service to make deliveries and decided to address that need. The firm built and tested software through 2020, then launched nisawa.africa in January and provided hundreds of pickup-and-deliveries in the first couple of weeks.

“A lot of people have tried to do ecommerce in Africa but it has been incredibly hard, and one of the main challenges is the lack of a robust and reliable logistics infrastructure,” Mucunguzi says. “We are using cutting-edge technology to address the lack of physical addresses and rigorous internal processes to ensure our service is world-class. We just started but it looks promising. Our goal is to build a trusted brand. We think starting with a courier service is a good place to start. If you can do that reliably with good service, the moment you get into ecommerce you also have a good reputation. We intended to move into that.”