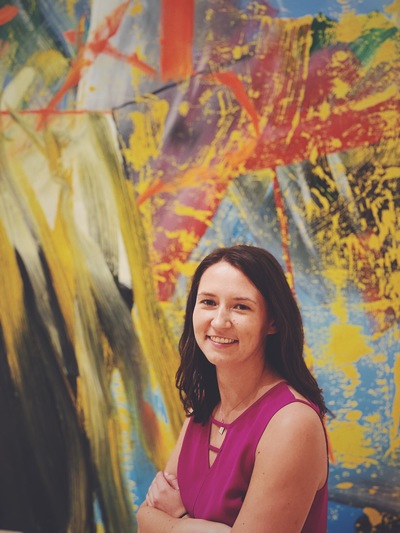 Amy Flanagan earned an undergraduate and master’s degree in civil and structural engineering from Trinity College, Dublin. She applied to ESTEEM while pursuing other jobs, although she wasn’t expecting to jump so quickly into further study. However, as she learned more about the program, she realized that it was the best way for her to pursue her interest in technology and entrepreneurship. The ESTEEM program would not only expose her to fundamental principles and practical learning, but also to an extensive network that would be valuable throughout her career.

“I had always had the bug for Silicon Valley tech, but at that time, it just seemed so far away to me,” she says. “ESTEEM was a fully immersive experience – one day you are in the classroom, the next you’re supporting startups in South Bend or pitching to venture capitalists in Silicon Valley. ESTEEM students on campus are sought after by a lot of the professors because they realize the value you can bring, and the importance of receiving a commercial perspective on the technology. The program does a good job of orienting students toward action.”

When she graduated in 2015, Flanagan was among several ESTEEM students who pursued consulting after graduation. She joined Bain & Company’s Chicago office where she worked on a wide range of projects across several industries, including industrials, mining in Alaska, and retail and technology. During this time, she also developed strategies for the Integrated Delivery team at the Bill and Melinda Gates Foundation in Seattle. In mid-2018, she decided to transfer to Bain’s San Francisco office to gain further exposure to the tech industry and help build Bain’s Innovation Exchange arm.

In May 2020, a new opportunity emerged at Coinbase, a cryptocurrency exchange based in the San Francisco Bay Area. At Coinbase, Amy now leads international strategy, working to grow their business and aggressively pursue new regions.

“Blockchain is a fascinating new technology infrastructure that has significant potential across a huge variety of use cases, not just digital currencies,” she says. “Having the opportunity to shape the development of Finance 2.0 and building towards economic freedom globally is an exciting and energizing way to be spending this phase of my career. I am using ideas that I was exposed to in the ESTEEM program every day and can see the direct results and impact from them.”