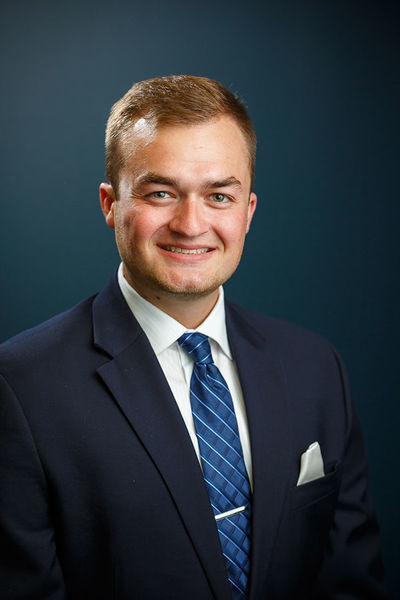 Cincinnati native Todd Hoogland’s ESTEEM capstone project on a U.S. presence for CupPrint of Ireland led him to settle in South Bend as manager of the manufacturing company that became the first tenant in downtown South Bend’s Renaissance District. Production started in January, and the cup-printing plant with 10 employees expects to add more workers and machines next year.

The project for Hoogland and ESTEEM classmate Paul Mahony, who returned to his native Ireland after they graduated in 2016, resulted from a meeting between ESTEEM Director David Murphy and Irish entrepreneur Terry Fox, who started the firm in 2009 and was looking for a U.S connection. In addition to their thesis work on marketing research and a business plan, the students found the 16,000-square-foot location; met with bankers, lawyers, and city officials; and even made sales that were fulfilled from Ireland.

“We were helping set up the company in South Bend,” Hoogland says. “A lot of my time during the day was spent working for CupPrint. Since graduating, it’s a totally different environment. Cups are going out the door every day now. We just sent 20,000 to California, another 10,000 to Atlanta today. We're sending pretty large orders like that on a regular basis. Cups are going everywhere. We basically cloned CupPrint Ireland in terms of marketing to resellers and distributors.”

The best-selling product for CupPrint USA (us.cupprint.com) is a double-walled 12-ounce coffee cup popular with coffee shops and other clients including marketing agencies who need special brand printing for events.

“It’s surprising how many different people need paper cups,” Hoogland says. “There’s a lot of customer validation being done still. We always like to hear back from our customers about what they liked about the process, what they didn’t like about the process, what we can work on to change, what about the products they liked or didn’t like. Customer validation was pushed a lot during my time in ESTEEM. We’re taking that to heart, and doing that here has worked out as well.”

Fox, who is spending time in South Bend to oversee the development, had expected to locate in New York, Chicago, or Los Angeles but found people in South Bend, such as Kevin Smith at the Renaissance District, eager to help him succeed.

“Terry was impressed by the help and the resources that were here,” Hoogland says. “Coming from Ireland, he was under the impression you need to be in a big city where there’s plenty of help and plenty of money. It is a huge misconception. Especially here in the Midwest and South Bend, everybody’s all in. The city government was helpful and interested in having us here, too. The city and the University have worked really hard together, the University having resources for the city but also the city having resources for the University.”