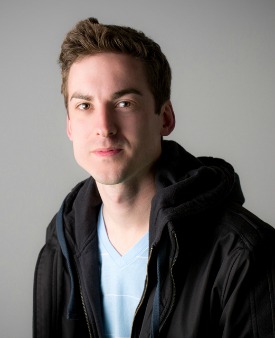 South Bend native Kristopher Priemer had no formal entrepreneurship experience when he participated in Entrepreneur Magazine’s College Entrepreneur of the Year, where he was one of five finalists, as a senior at Saint Louis University. He stayed in St. Louis for a year after he earned his mathematics degree, working in financial services, until he heard of ESTEEM and came home to join the program in 2010. Now Priemer has a wealth of entrepreneurship experience – from “fail early, fail often” to a promising platform for connecting bands with campus organizations looking for performers. He’s also had a significant impact on his hometown as a consultant for the city’s efforts to advance its technology sophistication.

“Working for myself as an entrepreneur was the path I wanted to explore,” says Priemer, who attended guest speakers’ events and took his idea for efficiency-enhancing municipal bond trading platform to the McCloskey Business Plan Competition when he was at ESTEEM. “I found it super valuable for the things I wanted to do.”

When he graduated, Priemer stayed in South Bend, working part-time at a startup in Innovation Park and freelancing in the software arena for local businesses. A few months later, a mentor, Mark Neal, who had become controller for the city, hired him to do consulting work. For the next 18 months, he was project manager for the 311 Call Center and worked on the open data portal, Code for America, and other projects. “I had some side projects, but it was mostly geared with helping the city catch up with some of the technology pieces they were really wanted to do,” he says.

A colleague suggested that he join Vennli, a software startup, and he spent a year helping the company establish their customer onboarding and service – creating customer support documentation and working with customers – while continuing to work on side projects. There he witnessed what it takes to advance a startup fom idea to paying customers. “I would flip between going to a startup and going out on my own,” he says.

Two years ago, he went back to focusing on the viability of his own projects, creating Priemer Consulting to pay the bills – aiming to flip the ration from 75 percent consulting to 75 percent working on his potential startups. The most advanced is Amondegreen, named after the word for misheard song lyrics, that is creating a platform to connect concert organizers and performers.

The company grew out of Priemer’s frustrations with the inefficiencies of that band-agent-organizer market when he was president of the student activities board at Saint Louis University. When some high school friends were seeking to grow their band’s brand, he decided to help them land college gigs.

"I knew the college market would be somewhere they could make decent money and also grow their fan base,” he recalls. “I do not like inefficiencies – I’ve adopted the mantra ‘Love Data. Evangelize for efficiency. -- so I try to figure out some technology or software I can create or have someone else create to solve some of that. The very first version of this thing was a very basic website I threw up there with the artists’ profiles that I sent to schools. I didn’t know what information people need or what would be useful.”

Priemer met with dozens of agents, artists, and students to get feedback – a sort of Business Model Canvas that was not yet part of the ESTEEM program when he attended. An updated version in the works includes the input that students don’t have time to find and investigate each artist using Google or YouTube, but they want to browse and compare performers from multiple agencies rather than contacting only one. The site aggregates agent rosters, creates profiles for individual artists, and provides reviews so that students can see which groups were well-received, or not, at universities with similar populations.

Meanwhile, Priemer is working on a program to help classroom teachers and after-school programs teach coding concepts to elementary school students. A pilot project is underway at The Stanley Clark School, his alma mater, and he hopes to develop a curriculum to sell to other schools.

“While my consulting client base continues to grow,” he says. “I’m hoping to get more into helping other students interested in startups or pursuing ideas – helping them avoid the pitfalls. These are not my first projects that I worked on. There were a lot that have not gone well. I want to give others motivation to try something on their own. Having people use something you built is awesome. That’s what’s really fulfilling for me.”