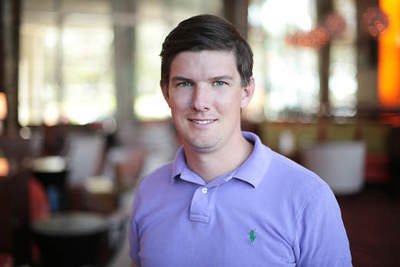 Before attending ESTEEM for its inaugural year of 2009-2010, Jay Breeden earned a degree in chemistry from St. Louis University. During his junior year at St. Louis, Breeden figured out that he wanted a career outside of chemistry. Business courses peaked his interest but he still wanted to conserve his technical side, which led him to finding a perfect fit with ESTEEM.

For his ESTEEM thesis, Breeden partnered with Dr. Richard Taylor, who was working on a chemotherapeutic drug alongside a professor from the University of Indiana. Breeden’s thesis involved extensive research into clinical trials, and taught him a lot about the pharmaceutical industry and different ways to structure a biotech startup.  He felt great gain from the business courses offered as well as external activities like the class trip to Silicon Valley and the McCloskey business competition. The ability to write business plans for competitions helped him think through businesses holistically.

Upon graduation, Breeden worked for five years for the data analytics team at Accenture. He credits his success at Accenture to his “big picture” way of thinking due to the training provided by ESTEEM. After Accenture, Breeden knew he wanted to work for a smaller company. He began working for a small company that did professional services for dentists; these services included managing the marketing, legal, finance, among other business matters; which dentists had no experience doing.

Breeden’s passion for small companies has led him to venture into starting two different companies: a consulting firm, Parkwood Advisors, and an investment firm, Growth Horizons Capital, both with a focus on smaller companies. Breeden saw a gap for companies between the start-up stage to when private equity firms become involved; his goal is to help revamp companies that are struggling to jump over to this next stage. “I hope to run a company for a few years, get the right people in the right seats and then eventually let that company run itself,” he says. Other changes to these companies also include updating their processes and technologies. With regards to the investment firm, Breeden envisions finding small companies to buyout. He is currently working on multiple business proposals to present to investors in order to acquire multiple small companies.

Breeden found an interest in small companies and helping them achieve a certain growth stage is a passion he recently discovered. For him to pursue this passion through these ventures is an exciting story to follow and ESTEEM wishes him the best throughout this new adventure.