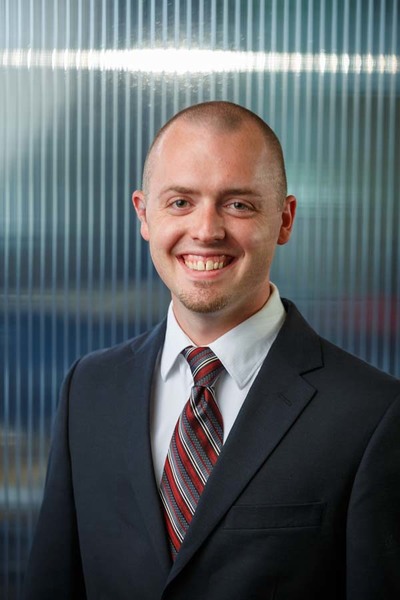 As an undergraduate student at Purdue University, James Sallee studied political science. Upon graduation, he headed to Washington D.C., where he spent six years working for the federal government. James began to recall his passions as a kid, which included airplanes and aerospace technology. These passions led him to the idea of one day creating an infrastructure to prepare for the next generation of manufacturing for aerospace. He was advised this idea would be an instant success in D.C. or in cities like San Francisco, but Sallee wanted to accomplish this in his home state of Indiana. “I could do this back home. Just because people don’t, doesn’t mean it can’t be done,” stated Sallee about his vision for this company.

Sallee left D.C. and headed to Notre Dame, where he joined the ESTEEM class of 2015 to help him accomplish his ambitions. While at ESTEEM, Sallee worked on an industry sponsored thesis project for a company looking to extract IP out of an existing corporate structure in attempts to rebrand the company. Upon graduating from ESTEEM, Sallee began to work on his dream. He soon realized that the pool of talent and expertise needed to pull off this aerospace manufacturing company, Crossroads, was not located in Central Indiana. To solve this problem, Sallee has created another company, The Outpost, a market space incubator to train local students and job transitioning adults to work in high technology manufacturing. The Outpost is set to open mid-2018. Sallee’s passion for aerospace and for Indiana have clearly shown through his perseverance of making this aerospace manufacturing company a success in a state that has had very limited experience in the field.

Besides these two co-existing projects, Sallee also consults for the company he did his ESTEEM thesis with and is working with a plastic and foam company looking to also shift into a higher technology manufacturing area.

Currently, Crossroads has 10 employees, and Sallee has a vision that the company not exceed 20 individuals. He wants this company to not focus on vertical growth, but on horizontal growth, which he envisions being accomplished through outsourcing and partnerships.

As Sallee reflects on his time at ESTEEM, he believes the most valuable thing he learned from this thesis was the importance of being a “multi-role” individual within a company. From working on the IP, legal, business structure, and other aspects of his thesis, there were a lot of hurdles to overcome. In every task he has done since, the ability to look at a team and split up work and determine who is strongest is what has created very successful situations.