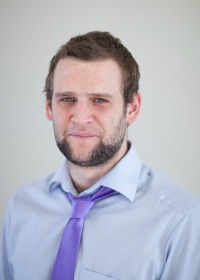 Finn Pegler, who started DeluxeMaid home cleaning service in South Bend after he graduated from ESTEEM in 2014 and now lives in London, is CEO of a flourishing firm. He is also already working on the early stages of another entrepreneurial startup.

DeluxeMaid, which has 10 cleaners and about 50 regular customers, has more than doubled its revenue each year – $83,000 in 2016, $201,000 last year. The company, which moved its base to Indianapolis to serve a larger market, attracts customers with high-end quality and thoroughly-vetted employees, avoiding turnover by paying wages higher than usual in the industry. Brynne Inglish, an Arizona native now based in London, runs the day-to-day operations.

Pegler says the skills learned at ESTEEM launched him into entrepreneurship, where he hopes to keep growing.

“Before enrolling in the ESTEEM program, I felt like entrepreneurship was such a mountain to climb and didn't know where to get started,” he says. “By taking the diverse range of courses in the program, I got a fantastic broad range of knowledge, which helped me in taking the leap. It felt much more doable to bootstrap a business.

“ESTEEM gave me the confidence to take the leap and quit my job to start a business which I am very grateful for. You learn so much by taking action, so I highly recommend it, even if you fail, it is still a success because you learn so much. After a lot of hard work, it has become a success and now allows me to pursue other ideas and, hopefully, one day become a serial entrepreneur.”