Background:  In the wee morning hours of May 24th, an old converted school bus converted into an RV pulled away from Main Circle at Notre Dame and embarked upon a cross country road trip.  Housing 6 ESTEEM graduates and 2 alums of Notre Dame’s design school, this bus – the Serendipitibus – was the culmination of a ton of dreaming, brainstorming, and hard work. 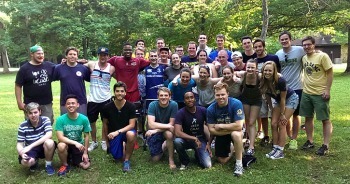 Prior to ESTEEM, only two of these eight students knew each other and even then not one of them could could have predicted that they would spend their time upon graduation embarking on such a fantastic journey.  It is a testimony to the creativity, grit, and thriftiness of these eight ND Alums that they now write about their successful journey.

Here a reflection from ESTEEM Alum, and current SerendipitiBus team member, Amy Flanagan, on how they first decided to take a cross country trip... in a bus.

The idea for SerendipitiBus came about during another long road trip from South Bend to Virginia. After a summer semester at Notre Dame’s ESTEEM program, it was time for a break from the intensity and hard work. Luckily for Amy and Rory, Nick invited us to join his family in the DC area for our break. At this point, the small group of Irish who had only just arrived into USA was completely unused to sitting in a car for anything longer than a 3 hour period at a time. Despite this, Rory took to the idea rapidly. 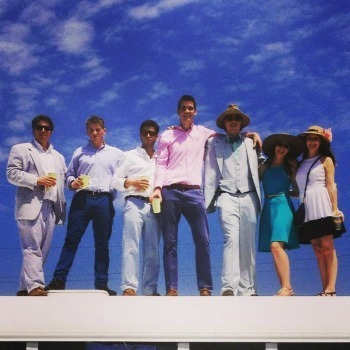 It was on this journey that Rory, curled in the back with his laptop spotted a school bus driving along on the opposite side of the road. “Guys – let’s buy a school bus. Imagine renovating it for a road trip around the States”. Unlike many other audiences who would probably have been immediately skeptical, Nick responded with ideas and suggestions. The remainder of the trip was filled with brainstorming and problem solving what could be potential issues that we would need to overcome.

That evening, despite being exhausted, the three continued researching it online. Funnily enough, we soon found that this wasn’t a completely bizarre idea.  Instead, many other groups online showed their projects in detail on various different forums. Now to find the rest of the crew…

While we were chilling in DC, Michéal was off in Las Vegas with a group of friends sending SnapChat after SnapChat of his vacation. By the time we returned from Spring Break, he was on board, despite his tendency to fear for all of the worst-case scenarios possible.

A few weeks ensued looking up school buses online and thinking more about what all of this would entail. Finally, an ad on Craigslist was particularly interesting. While Amy was in Chicago, the boys left to simply “take a look at it.” By that evening though, photographic evidence showed that they were already the proud owners of a 40’ 1995 Carpenter school bus. Everything just got real. 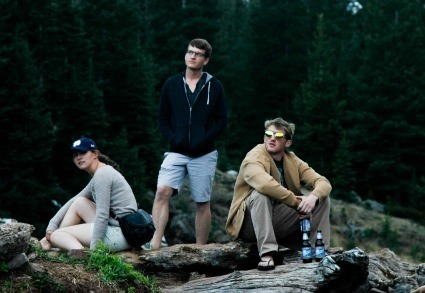 It wasn’t until after Christmas that work started in earnest on the bus. One cold January weekend was spent gluing and bolting in the insulation and flooring so that we could move onto the structure as soon as possible. Another friend from ESTEEM helped us out during this; and we could tell that he was tempted to join us for the adventure. Eventually, Nick “Nikky KK” sorted out his logistics for the summer and our group increased again.

It was only a few weeks later that Dan heard about what we were doing and arrived with excitement to see whether there was any room left on our bus. Full of ideas, connections and experience, Dan fit right in and soon provided us with important features throughout. 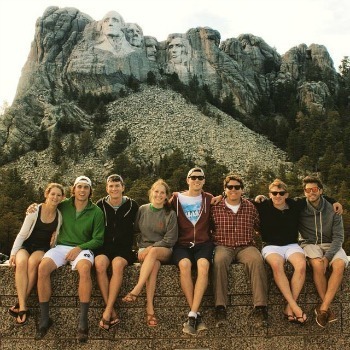 With a total of 8 bunk beds within SerendipitiBus, it was now a question as to who would occupy the final two. After months of Nick working late nights in Westlake Hall and the people we had gotten to know from the sailing team, the word of our venture spread into the Design School. As construction finished on SerendipitiBus and we started to look at the finishing touches, Sam Coughlin and John Wetzel stepped onto the team.

Weeks of sanding, painting, varnishing and Nick’s beloved trim ensued. While our goal was to leave from South Bend the day after graduation, the high finish that we were seeking took us longer than expected. Eventually, we rolled away from Notre Dame the following Sunday morning at 4am, wondering what in the world the road would hold for us.