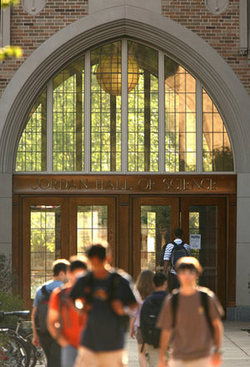 The big question on every student’s mind during their higher education experience is, “will this get me a job?” According to a new study released this month by the Council of Graduate Schools, the answer is, overwhelmingly, “yes”.

The study, which used interviews of graduates from Professional Science Master’s degree programs -- those programs, which, like ESTEEM, combine advanced training coupled with workplace skills -- found that results for students that resoundingly positive, even in the current tough job market.

This is just a taste. Check out the complete study (PDF) and see for yourself why a program like ESTEEM is an excellent choice for today’s job market.