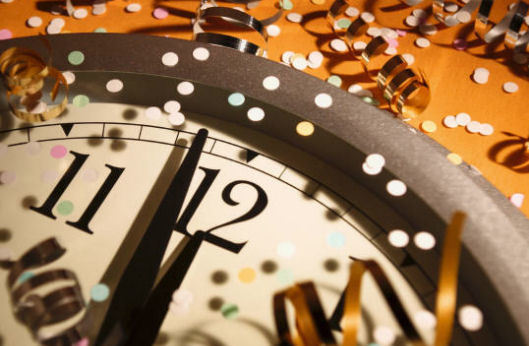 With another year in the rear-view mirror, we look forward to making the most of this coming year and all it entails. To do that, it’s important to remind ourselves of some guiding principles and ways of thinking that will not only make us great entrepreneurs but great people as well. Many of us are already doing these things but it doesn’t hurt to reaffirm them, or make a series of New Years resolutions, as it were, to do them in the coming months.

Here then are 5 New Years Resolutions for Entrepreneurs, along with some inspiring quotes to help you along…

This is where it all begins. Having the confidence to know that you are smart enough and level-headed enough to take on all the tasks that you have set out before you, even if doors are “shut in your face,” which they will be. As Albert Einstein once said, “I am thankful to all those who said no. It's because of them, I did it myself.”

It’s not enough to believe in yourself if that’s where it stops. You need to be bold and make a move. Like entering cold water, don’t try to do it inch by inch but, rather, dive in headfirst. As Mark Twain said, “It’s not the size of the dog in the fight, it’s the size of the fight in the dog.”

Don’t wait to develop that app, work on that project, or make that connection. Do it. Now.

Whereas Bart Simpson of the long running Fox cartoon bearing his last name once said, “I can’t promise I’ll try but I’ll try to try,” perhaps the wisdom of Yoda can assist use here:

Saying “I’ll try” is, honestly, just an excuse in case we end up failing.

It’s cliche to say but nevertheless true: You cannot know success without failure. Failing is how we learn, how we know what will make us better, or what to do the next time an opportunity presents itself. That being said, we should never focus on the past or those opportunities we’ve missed for too long. Learn from them and move on. As Abraham Lincoln said, “My great concern is not whether you have failed, but whether you are content with your failure.”

It’s easy to get discouraged. Sometimes it seems like no one is interested in our ideas or what we’re selling. We convince ourselves that no one would blame us if we “threw in the towel.” But it’s at that exact moment we should remind ourselves not to give up, no matter how bad things look. The mark of someone who is successful is, in the end, persistence. As Calvin Coolidge said, “Nothing in this world can take the place of persistence. Talent will not: nothing is more common than unsuccessful men with talent. Genius will not; unrewarded genius is almost a proverb. Education will not: the world is full of educated derelicts. Persistence and determination alone are omnipotent.”

Are there any more resolutions you can think of that we should all remember as we begin this new year? Any inspiring quotes you would like to share?