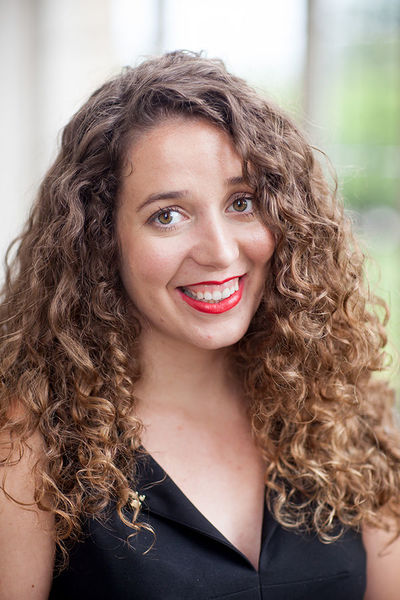 Arielle Gannon, who graduated from Trinity College Dublin with a degree in theoretical physics, completed Notre Dame’s Alliance for Catholic Education (ACE) program where she spent two years teaching AP Physics 1 and 2, AP Calculus AB, and Robotics at a Catholic school in Mission, Tex., and earned a master’s degree in education. She created a robotics program at the school that sparked her interest in entrepreneurship.

“It was like a business on a smaller scale,” explains Gannon, who became ESTEEM’s first ACE Fellow when she joined the class. “It was my idea to start the elective. I designed the curriculum. I had to get funding. I applied for grants that no one had recommended to me.

Now Gannon, a First Robotics Competition mentor who taught coding using Python programming language in Texas while learning herself through tutorials, wants to combine her scientific and technical background with business acumen to launch her own education technology company, the Founders project that is her capstone thesis.

“I will be designing a robot to help teach computer science,” she says. “Since I’ve joined ESTEEM, I’ve learned a lot about putting a business together,” including design, marketing, and finance. “It’s given me a lot of structure in how I should go about setting up the business.”

For example, rather than starting with a prototype, she learned to validate the product first.

“There’s no point building a product that nobody wants,” says Gannon, who conducted interviews and research with school districts to sharpen the business idea during her early months in ESTEEM. “It’s something I want to do after the program. I want to go forward with this business and make it a company.”

The ACE experience prepared Gannon for ESTEEM, overcoming her initial shyness with the responsibility of daily presentations and effective communication.

“ACE really honed my leadership skills,” she says. “When you’re a teacher, you’re a leader. How to put those talents to more focused use I learned from ESTEEM.”

Gannon, whose undergraduate institution was known more for rigor than for personal attention, says she appreciates the Notre Dame support experienced in both ACE and ESTEEM – “how much the faculty care about your success, their investment in you as a person. There is a general sense that people want you to do well and have an interest in your well-being.”